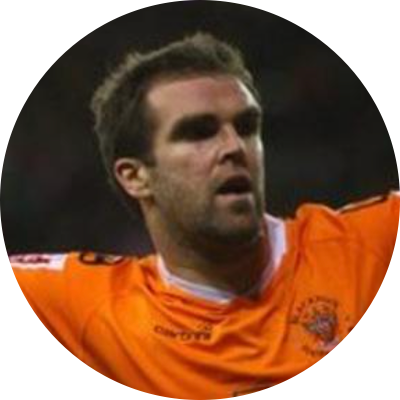 Ex Blackpool striker who played for the 'Pool between 2006-2010 and played in the famous play-off final of 2010. Played 126 games for the Seasiders scoring 23 goals.

Fun fact - John's newphew is named after him as he was born pretty much the time Ben bagged a goal in a match!