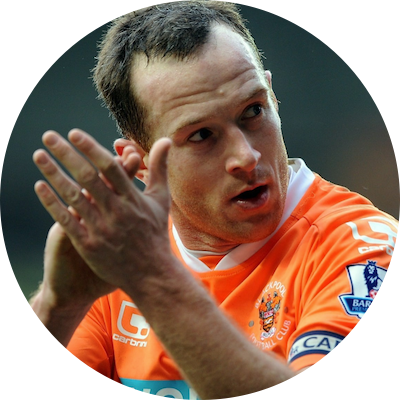 Legendary ex Blackpool captain and talisman who played for the Seasiders between 2009-2011, playing 91 games and scoring 30 goals. Joined the Seasiders from Glasgow Rangers for a then club record fee of £500,000 and was sold to Liverpool in the summer of 2011 for a still standing club record fee received of £6.5 million. Has a "wand of a left foot"!